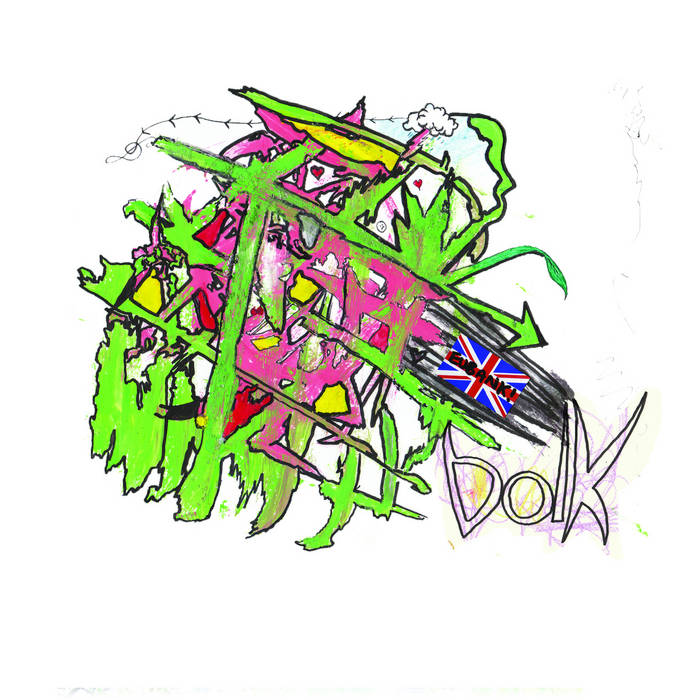 Dolk is Greg Hancock, Zou Zou and DKF combining to create inspirational no-fi noise/ doom/ folk/ experimental music.
Their first album for Eyeless was recorded late 2009 and is finally being released.
The album was created in response to the album in a day challenge and after a weekend of vibrant creativity the album was realised. Making the album we rotated each song so each 3 songs would be one band members concept the result is a free wheeling work of chanting, drones, noise, feedback, the blues, thug metal and disco. Dolk push down the creative barriers in a mission to create the marginal-pop tour de force that is 'Eubank Basement Tapes'.